If you have been arrested in Thailand and the police need to search property, then they will apply for a search warrant from the courts. In terms of Section 69 the cause the search has to be listed on the application. The cause can be one of the following:

The search warrant in mainly used to discover evidence in a criminal case. Note that this can also be used to search for an article which possession is an offence such as an illegal firearm. Other articles can be for those who have taken an object or property which does not belong to them. There is also the ability to search for a person who has been kidnapped or other property which is part of a court order.

A good example of the search warrant was when used in a well-known criminal trial in Thailand where the police had to search a house for a weapon used in a murder. This can also be used where the police are looking for drug manufacturing equipment or other illegal equipment in a criminal act such as murder as well as in drug trafficking. 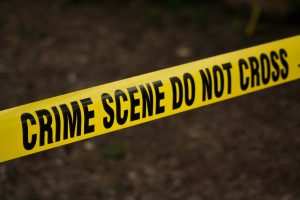 The search warrants also allow the police to search the house for specific items however most times it is for an illegal firearm which was used during the commission of an offence. Note that certain crimes in Thailand will fall under the Department of Special Investigation (DSI).

The DSI had applied for a search warrant in the case of counterfeit goods in Thailand during 2017 where the four properties had been searched for counterfeit footwear. The accused had been arrested for violating the Trade Mark Act of 1994 and the Customs Act of 1926.

There is another example with (d) above being an object to be used to commit an offence. There was another case in Thailand in 2017 where police arrested a Chinese man with card-skimming equipment. They obtained a search warrant to search his apartment for more equipment as they believed him to be part of an ATM gang operating in Thailand.