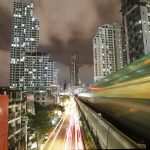 There are generally speaking Civil Courts, Criminal Courts, Municipal Courts and Provincial Courts. There are also a Constitutional Court in Thailand and an Appeals Court. Thailand also has Juvenile and Family Courts as well as 4 specialised courts. See the breakdown of the Thai legal system explained below.

Compared to the British system, the Municipal Courts in Thailand will hear matters that are in the jurisdiction of the court but are limited to issues such as civil claims below 300,000 THB or criminal matters where the sentence is not more than 3 years or a fine over 60,000THB. These Municipal courts in Thailand would In the British legal system this would be called a Magistrates Court. Much like the British system the Municipal Courts has 1 judge (magistrate) while the General Courts have 2 judges (judge). Civil Courts will hear matters where the defendant lives or where the immovable property is located. Criminal matters generally will be tried where the crime occurred or where the person was arrested. This is much the same as the British legal system.

There are 4 specialised courts in Thailand. These are the Tax Court, the Intellectual Property and International Trade Court, the Bankruptcy Court and the Labour Courts. The establishment of the specialized court is to ensure that specific or technical problems will be solved by appropriate adjudicators.

If you have any further questions about the legal system in Thailand and the Thai legal system then email us or call us.