First, what are labor disputes? Why such actions arise in a work place? Many times, you may have heard about closures of certain establishment or a company due to workers strike where employees and management are in the midst of cooling off period.  Employees complain about the condition of their employment, fringe benefits, hours of work, tenure and wages, management is bombarded with unsatisfied and unhappy faces of their employees and operation is extremely interrupted.  Yes, this is an example of what labor dispute means.

In Thailand, there is an existing law about labor disputes.  This is the Labor Relations Act B.E. 2518 (A.D. 1975).  This Act discusses procedures for labor negotiations, resolution of demands between employers and employees, and mediation by the Department of Labor Protection and Welfare officials, or arbitration by the Labor Relations Committee.

Labor dispute is inevitable in any work place.  In case such action concerning the condition of employment arises, the complaining party must submit a written notice on the other.  Settlement will then take place.

The first stage of settlement will be the direct negotiation wherein the two parties, employer and employee will talk about the complaint through their duly authorized representatives.  If both parties will not settle on something, the argument is referred to the Conciliation Officer, who will mediate the argument.  If mediation fails, both parties may refer the problem to arbitration by one or more arbitrators.  If the employer could not decide for a lockout, the employees can go on strike.  However, this action is subject to restrictions on some businesses, as provided by the Labor Relations Act. 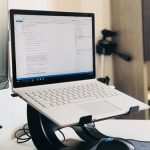 Some labor disputes may also occur in certain essential services that affect the general public or the national economy such as transportation, telephone or telecommunications and waterworks. If this is the case and mutual negotiations and mediation fail, the Conciliation Officer will refer the dispute to the Labor Relations Committee.  The Committee’s decision can be appealed to the Minister of Interior within seven days from the date of receipt of the decision.  The Minister will issue a decision on such appeal.  From then, both parties should be notified within ten days after the receipt of the appeal.  If it is not appealed to the Minister within seven days, the Labor Relations Committee decision is considered final.

Labor unions may be formed by employees within the same company (except state enterprises) or doing similar work, regardless of the number of employers according to the Labor Relations Act. Employees whose objective is to protect their employment benefits and interests can establish unions.  This will also promote good relations among employees as well as between employer and employees.

Please take note that labor unions must be registered with the Registrar of the Department of Labor Protection and Welfare in order for them to be legal.  Without a license from DPLW, such union is not authorized to operate.  Such license is issued only after an investigation is made.  This is to ensure that all regulations of the union are not contrary to law and public order and does not threaten the national security or the economy.

Only Thai nationals with 20 years of age and above and employed by the same employer or engaged in the same type of activity are entitled to form a union.  Ten promoters are needed for a union.  However, employees with supervisory functions and responsible for the recruitment, promotion, sanctions and termination of employees are advised to refrain from joining any union.  Thus, being a member of labor unions that are legally registered under the law exercises the employees’ rights to demand for better employment conditions and carry out other activities for their benefit.