Muslim Marriage in Thailand: Registering your marriage under Islamic Law

Muslims and non-Muslims who would like to tie the knot in Thailand can easily do so through a visit at the National Islamic Center in Bangkok. The process is simple and straightforward allowing you to enjoy the rest of your stay in the Land of Smiles. Following the one-hour or so marriage ceremony, the Islamic Center issues a Marriage Certificate in Thai, English or Arabic depending on the request of the marrying couple.

The following are the steps to register an Islamic marriage in Thailand. The process can become complex as certain Embassies will not issue a letter of affirmation or letter of no-impediment without certain conditions being attached to it. Speak to a family lawyer in Thailand to arrange the marriage process for you as the ‘red tape’ can be time and cost consuming.

Both parties need to produce 3 copies of their passports including the part where it shows the Thai Immigration stamp in the passport. This is the second step in the process to register a Muslim marriage in Thailand (Nikah).

If you have been married before or your spouse had died then you need to produce either a divorce certificate or death certificate if this is applicable to you.

This is required for the female party to the Nikah who has been divorced for less than 3 months. The certificate should state that the woman isn’t pregnant. This is a requirement by the Islamic Center for a divorced female party before the Islamic marriage takes place.

Note the number and sizes of the ID photos which need to be brought with for the process.

6. Letter from your Embassy or Competent Authority

You need to produce a Letter from your Embassy or Competent Authority at your home country confirming that you can marry. This is required for KUWAITI & BAHRAINI nationals only. 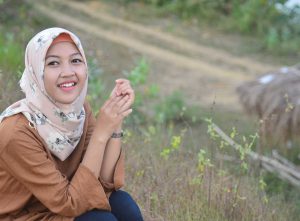 The marriage (Nikah) takes place in a mosque so you would have to dress appropriately. If you are bringing guests with you, inform them about appropriate clothes for the occasion. The ceremony usually lasts for an hour or two. A certificate will be issued by the marriage officer to the couple after the marriage.

If you are new in Thailand and you have a tight schedule, it would be wise to enlist the services of marriage professionals who will assist you with organizing your Muslim marriage (Nikah) i.e. liaising with the Islamic center on your behalf and accompanying you the center for the actual marriage registration. You have to be aware about language and cultural barrier in Thailand so it’s best to have a Thai and English speaking person with you to walk you through the Muslim marriage in Thailand process.

– Preparation of the marriage papers

– Arranging and Scheduling of the marriage at the Islamic Center

– Accompanying the client to the Islamic Center to register the marriage

– Legalization of the Marriage Certificate at the Ministry of Foreign Affairs Thailand.