Custody battles in Thailand during divorce can be costly and very traumatic. In a recent well documented case in Thailand between an expat and his Thai wife the custody battle over their son which had drawn out for more than a year ended in murder. If you are getting divorced in Thailand then speak to a divorce lawyer in Thailand before you agree to anything or sign any agreements with regards to property or custody of the children. Custody battles don’t only involve married or couples who are divorcing but in most cases involves children born out of wedlock.

Custody of the children is described in the Civil and Commercial Code of Thailand under parental power. There can only be three people who can have custody of the child or children. Normally during a divorce this is settled either by agreement or by the courts itself. These people would be:

The issue is very important for expats and most expats once divorced tend to want to leave Thailand. It is the guardian who get to decide where the children or child will live. If you are going back to the UK or Australia then do you get to take the children or child with you are what are the arrangements for visitation by your ex-wife. On the other side if you wife gets custody when and how do you get to see them. These all need to be documented. Note that there is also the option of child custody mediation in Thailand.

If the child or children have property in their name then the parent or guardian who has parental rights gets to determine the fate of any property on behalf of the child. This might not sound important but since foreigners cannot own land outright in Thailand should you have placed the land into your children’s name your ex-wife with parental power will be able to sell, mortgage or otherwise dispose of the land or property held in their name. 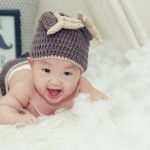 Child custody most times in Thailand is done by mutual agreement. If it is a married couple getting divorced the arrangements for the child or children is contained in the divorce agreement. This agreement will also state who get parental power over the children and also the issue of alimony payments and visitation rights need to be settled. If this cannot be settled by mutual agreement the courts have to make a ruling on this.

If you are single and have a child or children out of wedlock then the mother holds the parental powers. You can speak to a family lawyer about having this changed and legitimate the child born out of wedlock where it is registered that you are the father. You will have to file two matters with the court. The first being the legitimation of a child and the second at the same time being full or partial custody of the child. The court will make a ruling in this regard for either full or partial parental powers. If you need more information about divorce in Thailand and legitimation of a child or children then email us today or call us on our tollfree telephone number.

The information contained in our website is for general information purposes only and does not constitute legal advices. For further information, please contact us.

The ending of a marriage in Thailand occurs under 3 conditions such as at death, divorce or an annulment of marriage.

If you are getting divorced in Thailand by mutual agreement, you have to have a signed divorce agreement to hand to the local Amphur

Disputed divorces can be a lengthy and very costly affair in Thailand as the courts are full and the time allocated normally long off.