If you have not been arrested in Thailand and have been summoned to appear before the police or government official, then you will be notified of this. The type of cases you will find this in would normally not be an arrest for a crime such as murder where there is still evidence around which can be destroyed.

The following details are normally required during the process:

This would normally be a good time to obtain the services of a Thai criminal lawyer. You have the right to remain silent and this needs to be read to you after you have been arrested. You will be allowed the opportunity to call a family member or an attorney at this point. 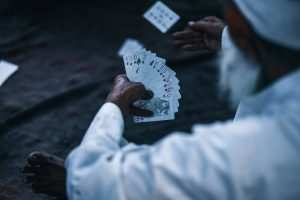 There is a good example of this in a recent incident in Thailand when a few foreigners decided to play the card game Bridge. The police raided the apartment with everyone still in attendance. There was an enquiry as the police assumed that they had been gambling. They had not been gambling and had later been arrested for failing to follow the law with regards to owning playing cards in Thailand. They broke the Playing Cards Act of Thailand.  This law stipulates that you may not own more than 120 playing cards without having shown that you have registered it with the Excise Department. Playing cards in Thailand is printed by a government authorised printer. It’s an old law from 1935 that had been enforced to prohibit gambling. Much like above they had provided all their details as well as their passports. The enquiry had lasted a day, the file was sent to court and they appeared and received a fine for breaking the law.

Thailand has many obscure laws and this it is wise to ensure that you are read your rights and do not speak until you obtain legal assistance. Making a statement to police without legal help may create problems later as you could incriminate yourself. The Playing Cards Act which most people do not know of prohibits the following:

Section 5: No person many import playing cars without the permission of the Director General;

Section 6: It is illegal to alter playing cards in any manner whatsoever;

Section 7: Nobody may sell playing cards without the DG’s permission;

Section 8: Nobody may own more than 120 cards

Why this is a good example of the law is that the fines prescribed are heavy. For violating Section 8 which they had been arrested for it carries a fine of 4 times the value of the cards but not less than 500THB or a prison term not exceeding 3 years. This is stipulated in Section 14 of the Act. What was an innocent mistake could otherwise have resulted in a prison term for a law that very few foreigners have heard of before?  When arrested or summoned to appear a criminal lawyer is best advised.