Mediation has many advantages such as lower cost as well as a shorter period of time to find a common solution. It’s a bit of horse trading as you don’t always walk away with what you wanted in full but it does allow you to trade one aspect of the divorce for another. Spousal maintenance can become an issue as the women might not have had the standard of living before the marriage compared to what she had afterwards. This varies from person to person. A few examples of this type of mediation would be the following examples: 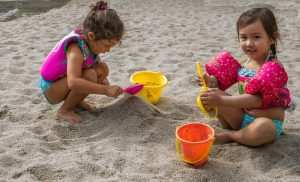 John was married to Lek, and when they decided to get divorced they opted for mediation as not one of them wanted to add to the divorce the cost of litigation. Lek at first wanted spousal maintenance with full custody of the children. During mediation they came to the agreement that Lek will look after the children and John will pay child maintenance for his children. Once a year he would come to Thailand for visit them and was allowed to take them out during the school holidays to see more of Thailand without leaving the country. They also agreed that once the children reached the age of 16 he could take them to see the United Kingdom. John however refused to negotiate around spousal support as Lek was well qualified and had a high paying job in Bangkok. Lek agreed in the end to John paying for her MBA as a once off settlement. The cost of reaching the settlement was minimal and took less than a week to agree to and to draft their agreement for them.

Litigation is costly mainly because of the hiring of a private investigator, psychologist and the attorneys time going to and from court. These costs do add up and one has to be realistic as to the outcome. If there is no mediation, then litigation is the next option. Take the following example:

Bob is getting divorced from Nui and he is divorcing her as she has a gambling addiction. She has not worked in many years and refuses to contribution to the household. Mediation did not help much as Bob felt that his children would be better off in his home country. The litigation dragged on for two years however during this time there was the cost of litigation as well as additional costs as the court wanted psychological evaluations of the children at a designated hospital. The Family Court in then end gave him full custody and he took his children back to Australia. The Thai courts are the final arbitrator when agreement cannot be reached. You will need to make a strong case for custody as the courts look at what is best for the child irrespective of nationality.

If you are going to litigate or mediate then ensure that you get a good family lawyer in Thailand and that you are able to prove that you would make the better parent than for your ex-wife or any other family member which may also offer to look after the children.

The information contained in our website is for general information purposes only and does not constitute legal advice. For further information, please contact us.

If you have children or a child in Thailand then this may be of interest to you.

Child LegitimisationIllegitimate children are not uncommon today so understand what your rights are.
Spousal Support

Getting divorced in Thailand does have the option of spousal support.

There is an option for mediation with child custody in Thailand.

Divorce in Thailand can be by negotiation or by litigation in the Thai courts.

If you are a Muslim and wish to divorce in Thailand then read further here.