Gay marriage in Thailand has taken many turns. 2011 was an interesting year in Thailand as it was the first time that a couple after a traditional wedding ceremony tried to register their same-sex marriage in Thailand. The Thai government turned down the marriage registration as it did not conform to the Thai Civil and Commercial Code. Nathee Theeraronjanapong (55) and his partner Atthapon Janthawee (38) of 20 years made headlines in the Asia Times that year.

Their marriage was turned down on the bases of Section 1448 of the Thai Civil and Commercial Code which states that:

Section 1448. A marriage can take place only when the man and woman have completed their seventeenth year of age. But the Court may, in case of having appropriate reason, allow them to marry before attaining such age.

The couple had been denied and they had been sent a letter of denial on the Statue which clearly states that a marriage in Thailand law is between a man and a woman. This however did not stop them as they proceeded to file a complaint with the Parliamentary Human Rights Commission as the Thai Constitution guarantees them equal rights under the law.

This has not been the first time that the Thai Constitution had been brought into play. This exact filing was used before to get equal rights between men and woman in Thailand with concern to marital rape and the status of women’s rights in Thailand. That however is another interesting legal argument which is not part of the current issue. 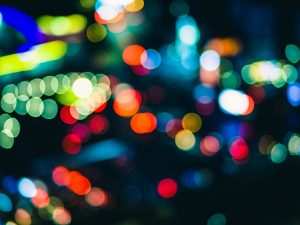 After the couple had filed their complaint 15 scholars and LGBTIQ activists set about drafting the first legislation for the legalisation of same-sex marriages in Thailand. The draft laws have been submitted to parliament however the head of the Legal Justice Human Rights committee has doubts about it becoming law. He states that most legislators are over the age of 47 and are still very conservative. He doubts that they will vote positively on the issue.

In 2013 the Bangkok’s Foreign Correspondents Club (FCC) had a television program on the issue as 5 public hearings have already been held on the matter. What they discussed was the wording in the draft legislation. The word ‘marriage’ is not used but instead have used the word ‘civil union’ which in their view would mean that they are not going to be afforded the exact same rights.

The other issue was age. In order to get married in Thailand you have to be 17 years old while in a civil union you need to be 20. These are the only 2 issues. What they now need are 20 Members of Parliament to support it with 10,000 Thai citizens to submit the draft bill to parliament themselves. The main activist Anjana Suvarnananda is in a civil union under UK law and feels that they have the needed support to get the law changed as no group has challenged the draft bill as yet. In the Nation Newspaper another activist Chumaporn Taengkliang stated that:

No group has come out to oppose it publicly yet, but we expect there to be opposition both inside and outside the Parliament. Parents may be worried that it will set a trend for their children and teachers might think they will have more work to do. In reality, the bill doesn’t teach people to become homosexual, it merely guarantees their rights.

Only time will tell if Thailand will be the first nation in Asia to pass a same-sex marriage act. If you are in a civil union in Thailand and your partner is British then you can apply for a partner visa for the UK where civil unions are already recognised. Speak to us today for more information and other questions on gay marriage in Thailand.

The information contained in our website is for general information purposes only and does not constitute legal advices. For further information, please contact us.